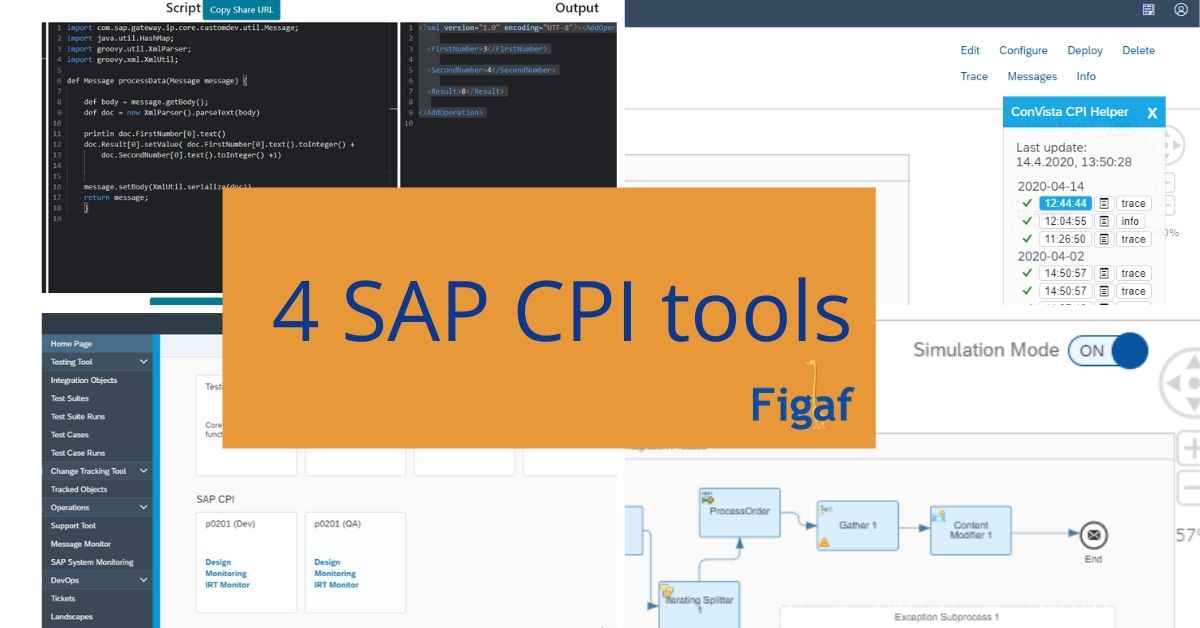 In the last few months some new tools have been created that makes it easier to deliver your SAP CPI projects. You can see videos of it here or read the description below.

ConVista CPI helper is a tool, developed by Dominic Beckbauer, that allows you to have much easier access to the functions that you readily need. It is a Chrome Plugin that you can add to your browser from the Chrome Store. The development has been pretty rapid over the last few months and a lot of new functions are being added.

It gives you option to switch on Trace for an iflow. To view the trace output over the boxes you have in the monitoring. You therefore dont need to swith to the monitor tab to view the output.

If you have wanted to edit one of your CPI iflows in the standard CPI editor it has probably been difficult to run it. You need to install an IDE and edit it there. Fatih Pense has created a tool that allows you to edit Groovy Scripts with CPI prefix online. You just go to https://groovyide.com/cpi then you can go nuts and edit your scripts there. There is options to bookmark and share scripts like the following URLs

SAP has now released a feature that allows you to simulate a part of a CPI iflows directly in the GUI. This first release, and the functionality will be improved in the next few releases. I think for now you are probably better off trying the CPI helper if you want to simulate or try running your iflow. Or Figaf IRT if you want to perform regression test with mocking of services.

The Figaf IRT tool is not new. We have been supporting SAP CPI for about two years now. The tool can support in the following ways

You can get started in less than 1 hours with tool and there is free trial plans.

Read more and get started here

There are no comments yet. Be the first one to leave a comment!